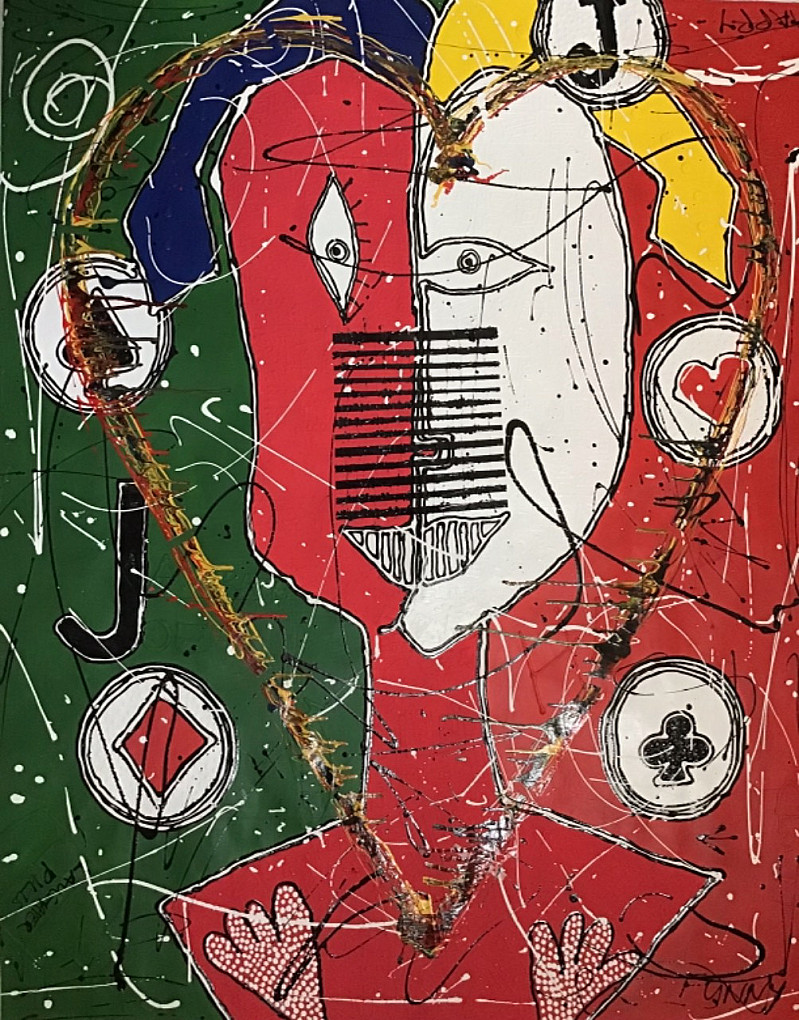 Laughter often referred to as the best medicine is a universally recognized language of responding to humor.

The painting has a two faced Joker, which is a man and a woman also playing on duality that jokers and are often man; however, woman are just as funny. The joker is a found in every deck of cards; similarly, every culture, family or community has a comedian often not a professional one. Jokers or comedians as we call them today could be found making people laugh in the streets of villages or in courts and palaces of kings and queens.

History books are filled with great exploits of kings, Queens, Warriors and wise man however we know as fact that jokers or jesters were often called upon to provide comic relief when matter of kingdoms became tiresome.

One could argue that comedians are the unsung heroes of the old professions and stand shoulder with teachers, Doctors, lawyers who have been around from the beginning of civilization.

The joker in the painting also referred to as the Average Joe (Cuppa Joe) is a play on how average people can all relate and understand the same language of laughter and often all laugh through pain. It’s also interesting that people from different all cultural backgrounds can often relate to the same jokes as we have seen with our big export Trevor Noah.

Laughter like the Joker is also an unappreciated and unrecognized medicine with no prescription and cannot be bought in a pharmacy however people all over the world pay millions in Rands and Dollars for comic relief.

Laughter or humor breaks ice during sensitive situations, brings people together and often makes people realize that we have more in common than differences.